Can iPhone replace big movie cameras and give the similar results in making movies?

YES! THEY ALREADY HAVE!

Renowned director, producer, and cinematographer Steven Soderbergh’s latest feature film is a psychological thriller titled Unsane. But this movie has a big difference from his previous ones; i.e. it was entirely shot on iPhone.

The synopsis of the movie reads: “A young woman is involuntarily committed to a mental institution where she is confronted by her greatest fear. But is it real or is it a product of her delusion?”

You can watch the official 3-minute trailer for the movie, below.

Apple iPhones have always been the state-of-the-art product of the company and are always equipped with the latest technologies. The new iPhone 8 and iPhone X have an amazing camera and brilliant video shooting options with 4k video recording and optical image stabilization for videos. Here are its video recording specifications:

iPhones can and have replaced a lot of video cameras. They are simply cheaper, portable, simple and do not demand too much studio production; and give the similar video quality and output.

There have been a lot of filmmakers who have shot movies on an Apple iPhone before. But director Steven Soderberg, whose filmography contains movies like Erin Brockovich, Traffic, and Ocean’s Eleven, is, without doubt, the highest-profile iPhone filmmakers of them all. 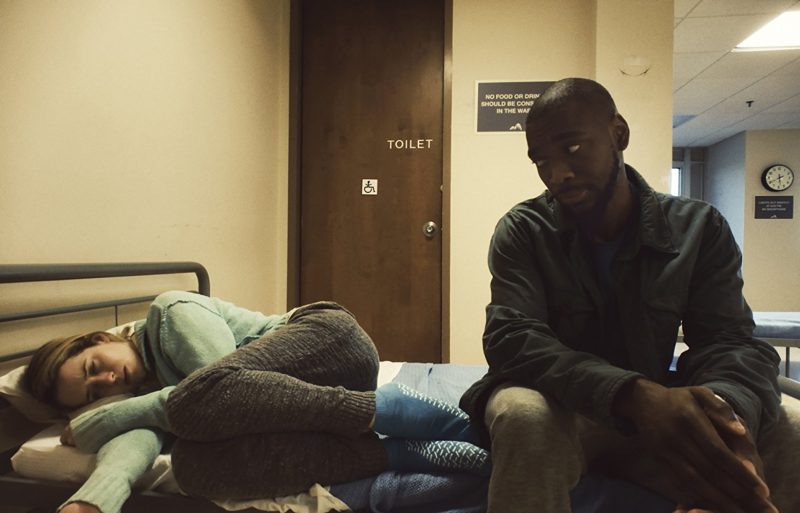 It’s not known which iPhone model(s) Soderbergh has used in the production of the movie, but it’s fair to assume that the latest iPhone X/8  must have been the choice in combination with all sorts of professional lighting, audio, and stabilization equipment.

“I think this is the future. Anybody going to see this movie who has no idea of the backstory to the production will have no idea this was shot on the phone. That’s not part of the conceit,” says Soderberg and adds,“People forget, this is a 4k capture. I’ve seen it 40 feet tall. It looks like velvet. This is a gamechanger to me.”

The filmmaker, who has long been a passionate advocate for the high-end RED cameras, has been experimenting with digital cinematography for years. But he found that iPhone offered unparalleled quality for a reduced production cost.

When asked if he would, henceforth, prefer shooting on iPhones, he said, “I’d have to have a pretty good reason not to be thinking about that first. There’s a philosophical obstacle a lot of people have about the size of the capture device. I don’t have that problem. I look at this as potentially one of the most liberating experiences that I’ve ever had as a filmmaker, and that I continue having. The gets that I felt moment to moment were so significant that this is, to me, a new chapter.” 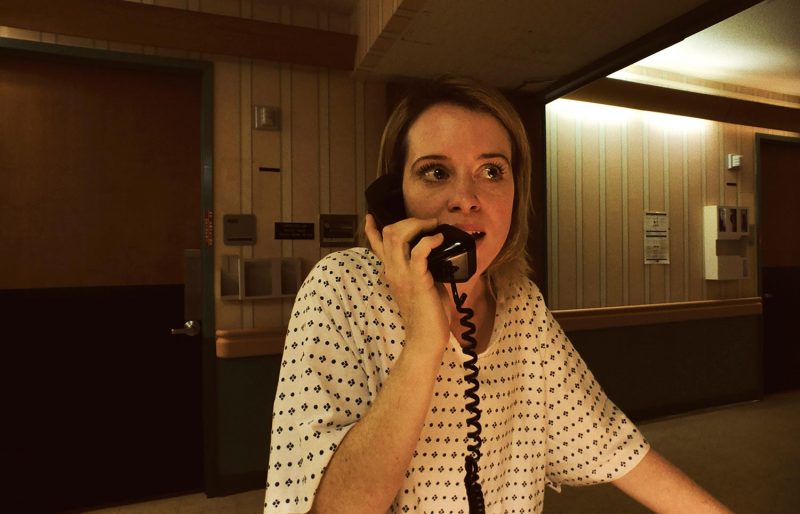 It seems, iPhones really are the future!

Unsane will hit theaters on March 23, 2018. You can find more information about the movie on its website.

Would you watch it? Let us know in the comments.