Newborn photography, nowadays, is one of the most trending fields of photography!

With the increasing number of babies born every day and their parents’ love for capturing the initial moments of their infants’ life has made newborn photography a booming business. That is why so many photographers want to enter this field.

Before Anne Geddes took the industry by storm, newborn photography wasn’t really very creative; rather sometimes it was completely weird.

In the late 1800s, getting a confused baby to sit still for a photograph forced normal parents to behave like lunatics. Sometimes it required the mother to hide herself under a carpet to make it look like their child was sitting upright of his or her own volition. 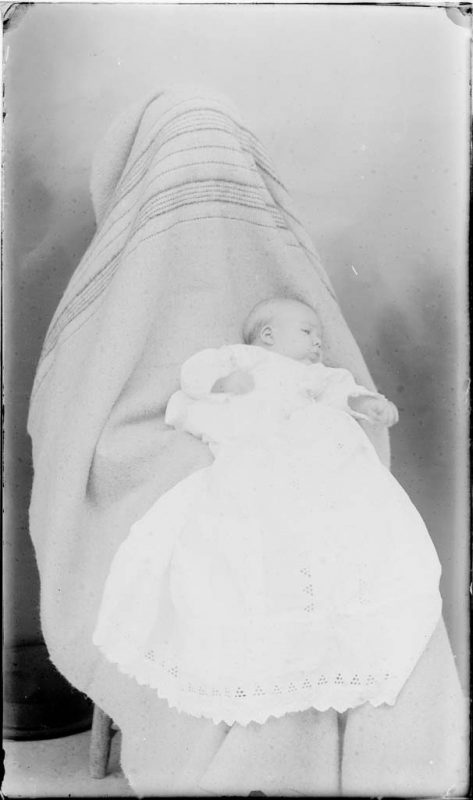 Other tactics involved the father or the mother creeping in the background or inserting a phantom limb into the shot and the children looked like they were about to be kidnapped by angry poltergeists. 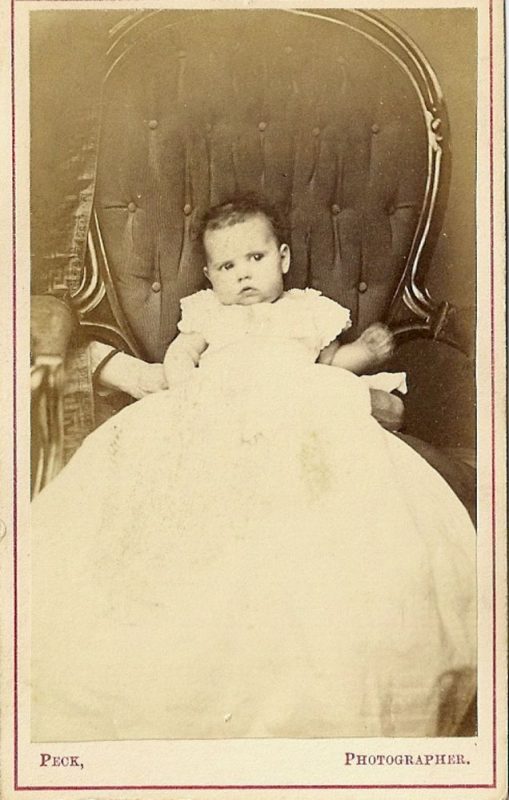 Also, most photographers didn’t really go the distance when taking pictures of little ones, because pictures of kids were more about posterity, rather than artistry. 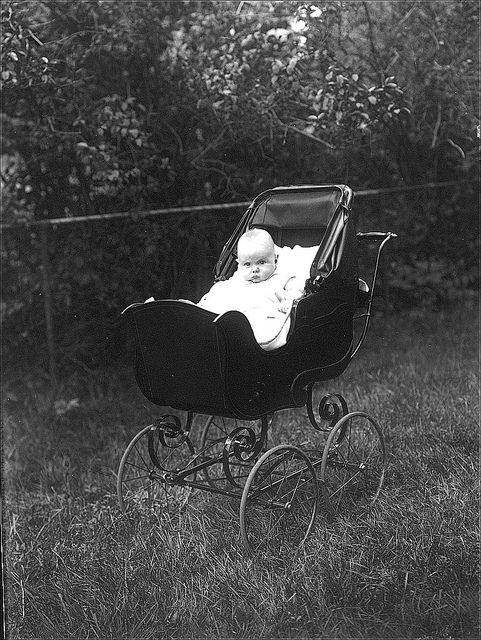 This also explains the phenomenon of taking images of deceased children, something that seems ghastly now but was, at the time, sensible; parents could remember their children with a photo of them looking peaceful. 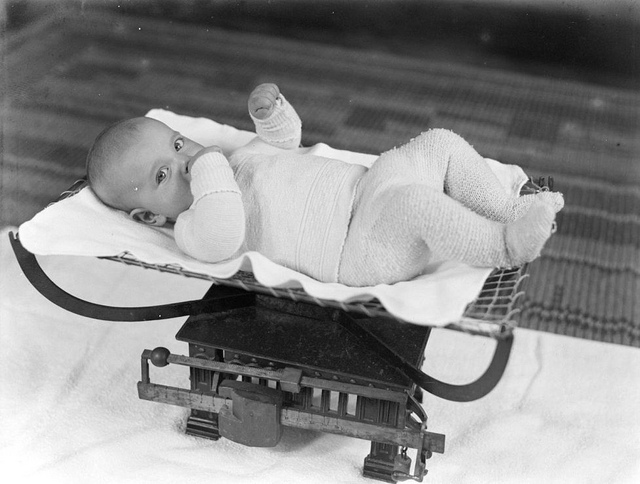 But, outside of the strange trends of ghost-mothers and funeral photos, are some enduring images which remind us of the early days of newborn, child, and family photography — including some that are legitimately adorable, and others that are border-level creepy. 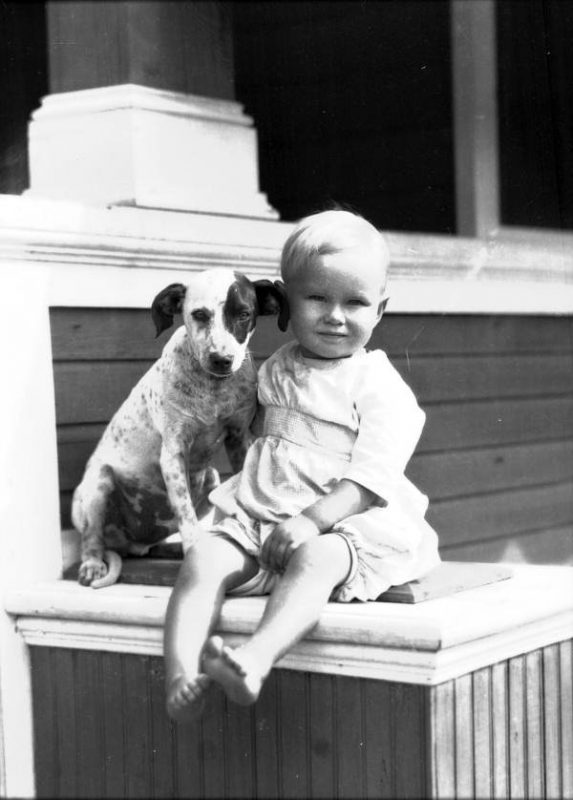 Children were often photographed with pets, like this little boy and his dog above, circa 1920. 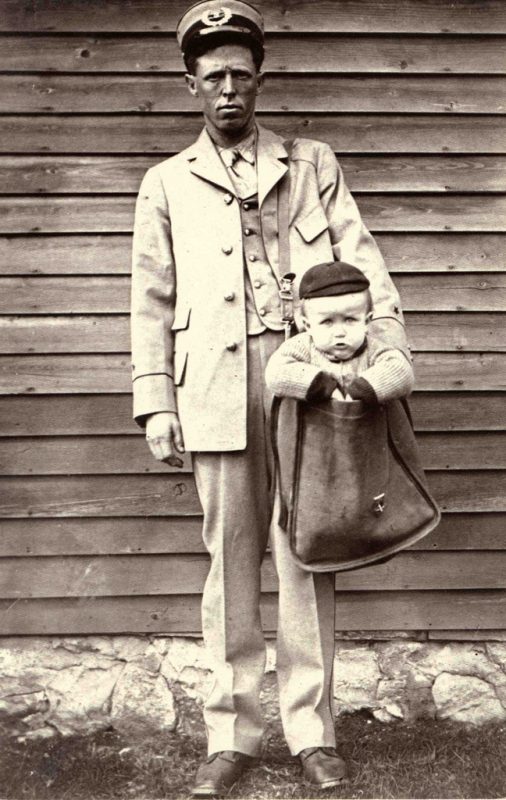 Why is this baby in a bag?

According to the Smithsonian, “this city letter carrier posed for a humorous photograph with a young boy in his mailbag. After parcel post service was introduced in 1913, at least two children were sent by the service. With stamps attached to their clothing, the children rode with railway and city carriers to their destination. The Postmaster General quickly issued a regulation forbidding the sending of children in the mail after hearing of those examples.” 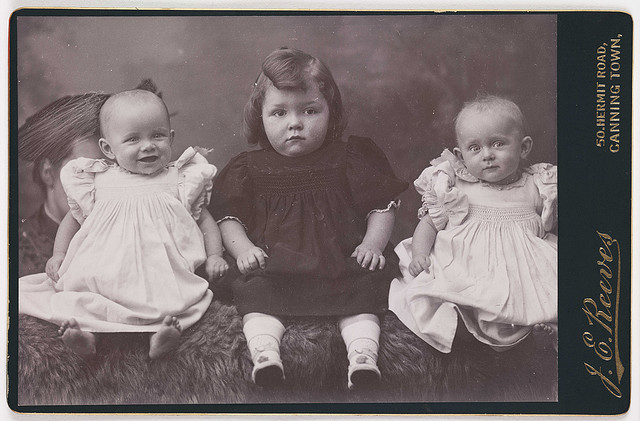 Cabinet cards like this one were popular in portraiture around the 1870s; they were large enough to display, but not so large that they couldn’t be mailed to relatives. They were also long, so you could fit a lot of children into one image, as is done here.

As the National Media Museum points out, there’s some pre-Photoshop editing happening in the corner of this image; a woman, most likely the mother, can be seen on the left, but her likeness has been scratched out. 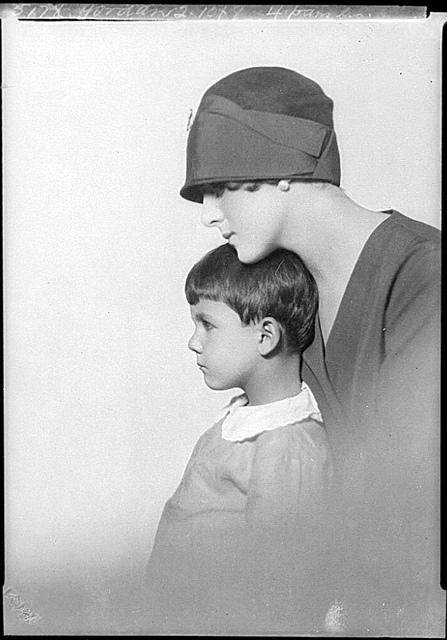 Portraiture became very popular in the 1920s, as it became less expensive to sit for photos. Additionally, with the changing fashions of the era, many families wanted to capture their stylish clothing, like this woman in her cloche hat. 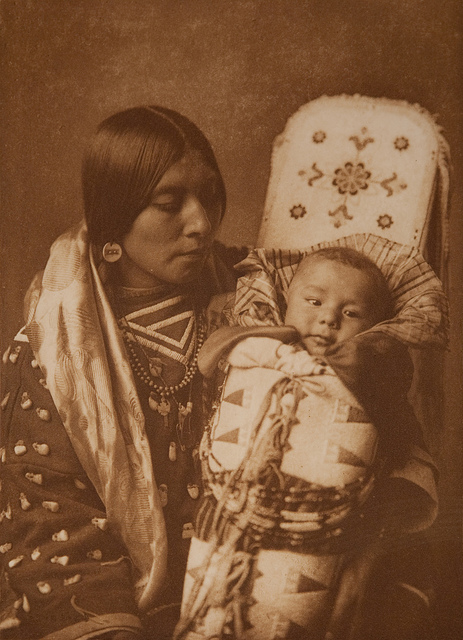 In the early 20th century, Westerners were fascinated with the life and culture of Native Americans. 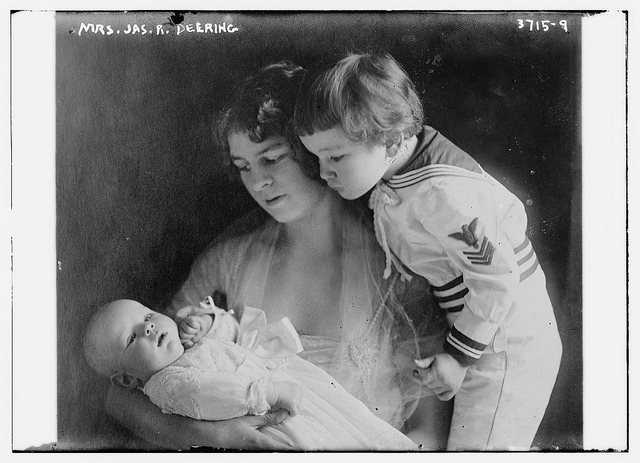 Of course, plenty of portrait photographers didn’t want the mother obscured; family photography, like this image above, was also popular.

The newborn photography of those days and that of today are poles apart but both have their own charms!

What do you feel about these photographs? Let us know in the comments section below!